The last time I put pen to paper to try and write some commentary on the market it was early April. At the time, the property market across the country was very much in the deep freeze, as government guidelines effectively closed it down, making commentary almost impossible, and pointless. During this period of inactivity all types of medium have been used to express views on what will, could, should or will not happen when the market ‘gets back to normal’, on the assumption it does. Linkedin articles, YouTube videos, webinars and new podcasts have all been used to such an extent that you simply cannot get through them all, which is frustrating because most that I have engaged with are worth listening too. Some I have to admit have been way too analytical and intellectual for me to process and have caused a fair amount of glazing over. The danger is of course information overload and with so many varying opinions from all quarters of commerce, formulating your own train of thought is itself a minefield as each of the next podcasts you listen to sway you to think again. One would hope that thirty three years of experience and the market knowledge that is gained through that would help.

The reality is that because the likes of this virus and its effects have not been experienced before in the modern era, so trying to plot a path through it now and after it has gone using past events, is fraught with obstacles. Will our market follow the same trajectory as it did following the 2008/2009 financial crisis, or will it behave in a similar way following the tragic events of 9/11, or do we need to go further back in time? It is difficult to know because prior to each event circumstances were different. For the prime and supper prime markets that we are familiar with and operate in there had been a rollercoaster of six years of complications, starting with a large stamp duty hike in 2014. Since then there have been two further increases, one for second home owners and now an additional 2% surcharge for foreign buyers which will come into force this time next year. The stamp duty changes were then followed by a three year Brexit debacle and then the December 2019 general election (the second since the referendum); creating downward pressure on prices which by most indices seem to have settled at an average of a negative 20%, already factored into most asking prices. Will this be considered by buyers and sellers over the coming months? Time will tell.

Prior to 2008 the market had seen year on year double digit increases in values, so perhaps the six month vacuum and steeply falling values through to April 2009 should not have been a surprise. What was a surprise was the very strong bounce back through to a peak in November 2014. With this bounce in mind, I was drawn to the slightly alarmingly titled article issued by Coutts in which they kindly listed all the worst stock market months and the five year recovery figures. Perhaps we should draw comfort from this, although looking ahead to year five is one thing, getting through years one and two another.

What has also surprised me is how seemingly few deals have officially fallen through since the start of the financial market slide. Now that the property market has been allowed to start getting back to work by the Government, as of last week, the telling tale will be how many of these deals hold up with and without renegotiation. The number of deals that have exchanged contracts through lockdown has been an encouraging sign but probably not enough volume to hang ones hat on in terms creating data points for valuers to use, although they can’t be ignored.

Valuations are also a good reason why the market will continue to be choked. Although the market is backward looking, whereby it is looking for comparable sales evidence to back up todays prices, clearly a short sharp shock such as we are experiencing leaves the valuer pondering and gazing into his crystal ball as to how to take into consideration an event they have no data for. They will also face pressure from the lending institutions they are reporting to who have shifted their guidelines on loan to value, which will mean some buyers fall outside of the lenders parameters, forcing a fall through. Some buyers are looking at the long term and will gladly take advantage of the situation to get a small discount, but ultimately move on with their purchase without any angst.

While the opening up of the market is to be rejoiced, on human, corporate and general economy levels, we as players in the market must be careful not to become over enthusiastic and try to remain in a state of dignified and confident pragmatism. There are already lots of buyers returning to look at property, even under some quite restrictive guidelines as to how viewings should take place to maintain social distancing mantra – not easy in a galley kitchen! These buyers will have read the various media that suggest prices will correct to anywhere between 5% -30% and many will have come out in the hope that the latter will be true and surprised by the resilience and lack of flexibility shown by the vendors, who will entrench or remove their property from the market until the market firms up once again, rather than sell for less, leaving buyers to accept much less of a discount or leave the market in frustration.

The next few weeks will be telling as we start understanding the mindsets of the buyers and sellers alike. We need to see some transactions and with that, confidence will start to return slowly. Our clients are already seeking advice on understanding the market, continuing their searches, while others are still frustrated that the market before Covid-19 had not delivered what they wanted but are now hopeful that it will. Our approach will be to push as hard as we can to get the best deal, but ultimately delivering to the client’s needs. As is always the case, quality will win through and there are some properties that just don’t come up very often and even if they do through difficult times discounts are unlikely.

Hoping you and your families remain comfortable, safe and well. 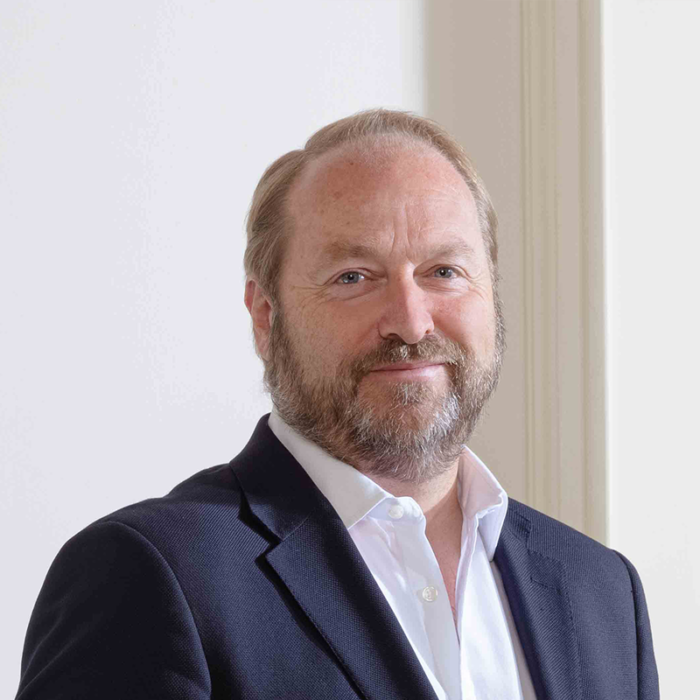 "For over 30 years I have gathered a wealth of experience and knowledge in the prime residential markets across London and the country, at all price points, giving my clients an upper hand whether buying or selling. I look forward to talking to you."